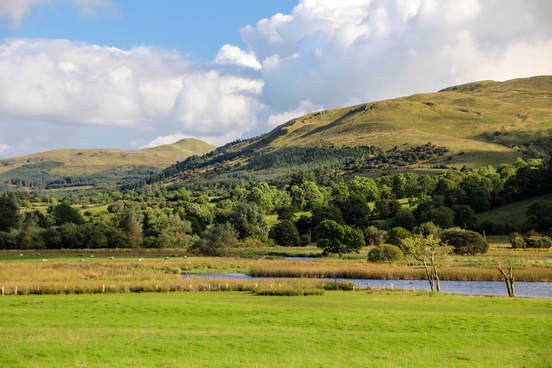 ​When we told people we were going to Ireland we heard the same thing over and over, make sure you drive part of the Wild Atlantic Way. While the whole thing looked incredible we opted to drive the portion between County Donegal and County Galway and we were not disappointed! Stunning views and beautiful beaches seemed to be around every corner. The roads, though narrow, were all well marked and we never felt unsafe. The only downside: the roads were narrow enough that I couldn’t stop as often as I would have liked to take pictures!! I think I made for a less annoying passenger by not forcing us to stop every couple of kilometers though 😊

If you have a couple of days in the northern region of the Republic of Ireland, I highly recommend spending it in County Sligo! Here’s a few things you might want to add to your list:

Day 1
Get oriented in Sligo and join the free walking tour that leaves from the “Discover Ireland” office on O’Connell street. When you’re done grab a quick lunch and head over to Sligo Abbey, the only medieval building left standing in the town and take a self guided tour around the grounds.  Get outside of the city and make the short drive to Glencar Lake and Waterfall where kids can burn off steam in the small playground while the adults take in the stunning views of the lake. Just a short walk (less than 100 m) from the parking lot is Glencar Falls which was beautiful and had a set of stairs up so you could admire it from all angles.

Check in to Belbulben Farmhouse Bed and Breakfast – you will not regret any part of your stay there. The quiet and serene atmosphere, the panoramic view with Benbulben, sheep grazing at the base, in one direction and the Atlantic Ocean in the other. The hosts are incredibly kind and accommodating – they provided us with everything we needed for our toddler – and having a living room to relax in after Hannah was in bed was the icing on the cake. 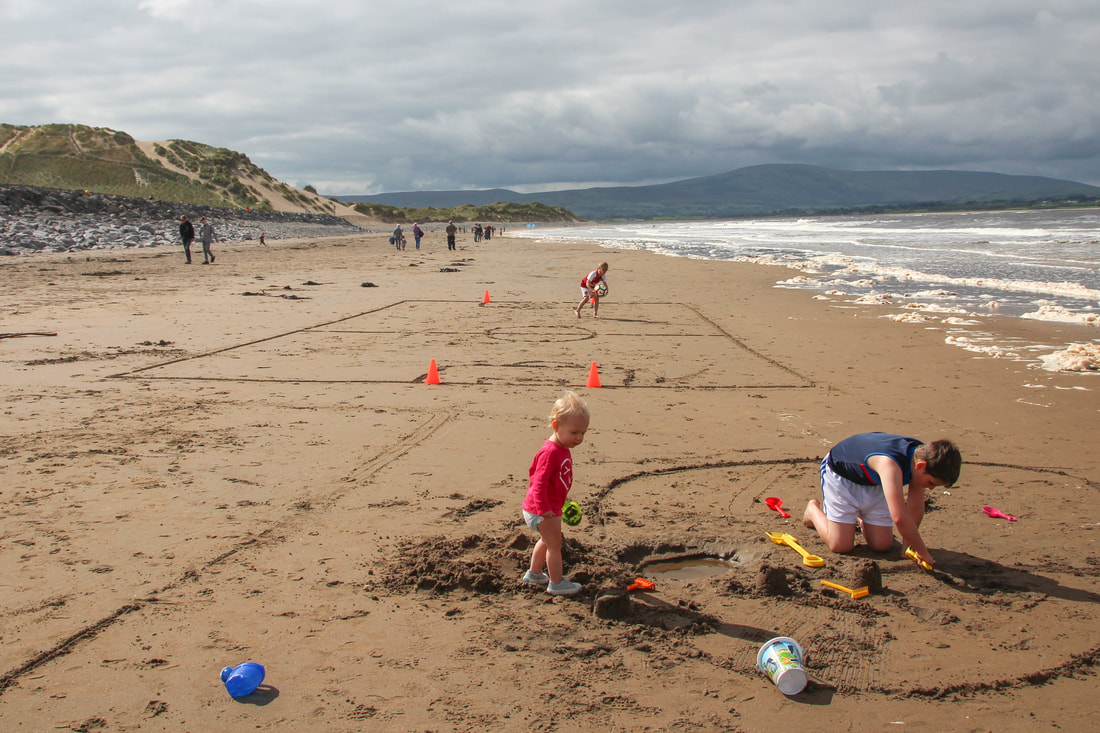 Day 2
The real icing on the cake came the next morning with the most amazing breakfast complete with homemade bread and scones. I can’t recommend Benbulben Farmhouse enough! After a leisurely morning (you’ll need time to digest all the scones you ate), head to Strandhill Beach and park in the public parking lot just up from the beach.

Walk the beach, build some sand castles, and if you’re feeling really courageous – dip your feet in the Atlantic. When we were there, a few brave souls had their wet suits on and were boogie boarding in the waves.

Once you've worked up an appetite - either from a walk or your swim - head to the Shell Café, a super cute cafe and bake shop overlooking the beach. There's a patio out front and a little bakery and general store right next door. Try one of their amazing sandwiches while your little ones enjoy one of their multiple and affordable kid meal options.

Save room for dessert and head two doors down to Mammy Johnston’s where you can try one of their super yummy flavours of ice cream – I recommend the one they are best known for, honeycomb! It was sweet but not overly so and had little chunks of honeycomb throughout. YUM. 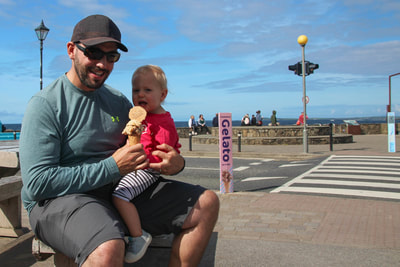 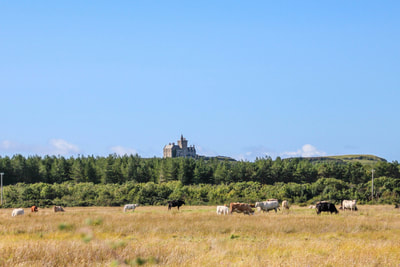 From here you can head to Knocknarea to hike off the ice cream or, if it’s nap time like it was for us, jump in your car and take a leisurely drive toward your next destination. Just be ready to stop to take pictures as often as possible!  ​